That was Lewiston Mayor Bob MacDonald in 2012, speaking to a BBC reporter about Somali immigrants. The notion that immigrants need to drop their cultural identity was particularly ridiculous for the mayor of a town that prides itself in its rich Franco-American history, and MacDonald was widely, and justifiably, criticized for the comments.

Now, another mayor from another center of French Canadian immigration has joined the cultural purity crusade. 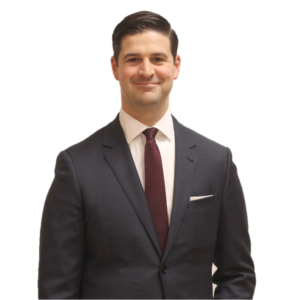 His name is Nick Isgro, and he serves as the mayor of Waterville. Isgro recently penned what can only be described as a xenophobic screed in defense of President Trump’s efforts to institute a ban on Muslim immigration to the U.S..

Isgro laid his “one culture” vision out more eloquently than MacDonald, but the meaning is the same. “We are enriched by bringing others to our shores, but those who wish to be members of our free society must learn to assimilate into our national culture and adopt our shared values.”

What “our national culture” or “our shared values” are exactly, Isgro doesn’t explain. He also fails to provide any example of Muslim immigrants rejecting these “shared values”. Despite his lack of specificity, Isgro is really worried about this: he believes “the fabric of our republic” is at risk if immigrants maintain their own cultures when they move here.

I don’t know Isgro, but I assume he knows American history. And as a lifelong resident of Waterville, he certainly must have been exposed to the ethnic French Canadian and Lebanese enclaves that have made up large parts of his city over the years, communities that gave rise to leaders like George Mitchell and Paul LePage.

Isgro must also be familiar with the massive influx of immigrants from various nations during the mid-19th and early 20th centuries. Immigrants from places like Italy and Ireland came to the U.S. and cloistered in communities with their fellow expatriates, maintaining their rich cultural heritages while becoming part of American society. And even now, most major cities have cultural centers like “Chinatown” or “Little Italy.” Lewiston has its own “Little Canada.”

America’s history of immigration is not one of assimilation, but of diversity. There is no “national culture.” We have dramatic variety in ethnicity, religion, political perspective, and just about every other identifiable demographic quality. That’s the deal with this country — we don’t force people to adopt the Dear Leader’s perspective. We are free to pursue our own cultural practices here, and that’s why people have been beating the door down to get into America for more than a century.

Marie Elmire Touchette (blue dress on left) is pictured with her family in Rangeley, Maine, in the 1930s. Touchette traveled from Quebec to Maine on foot with her mother and siblings circa 1885. Upon arrival in Maine, Touchette changed her name to Elmira Cushman. Many French-Canadian immigrants changed their names to hide their French roots. Photo courtesy of Allen Philbrick and the Franco-American Center at the University of Maine.

The point of Isgro’s column is not to accurately describe America’s experience with multiculturalism, but to promote an irrational and quantifiably unsubstantiated fear of Muslim immigrants.

The fact is, there is no statistic that rationalizes Isgro’s fear. Studies show that immigrants actually commit crime at a lower rate than native-born Americans, by a factor of 5 to 1 according to some data. In Lewiston, where a large segment of the state’s Somali immigrants reside, the police chief is on record stating the crime rate in his city has gone down since the influx of these new Americans began.

It’s likely Isgro is fully aware of these statistics. His false argument that cultural assimilation is a prerequisite to immigration is an effort to eschew these facts and justify the very un-American concept of a religious ban anyway.

Maine has had way more than its share of xenophobia from public officials over the last few years. Gov. LePage’s scurrilous claims that immigrants spread disease, the base racist dialog that surrounded the 2015 Lewiston Mayoral race,  and the non-stop anti-immigrant falsehoods spread by state Rep. Larry Lockman have polluted our public discourse and brought shame to our state. Isgro’s statements continue this unfortunate trend.

Immigration is a big issue that deserves robust debate, but claiming that immigrants who carry their own cultures with them are tantamount to a national security threat is just plain ridiculous.

Immigrants from anywhere need to be thoroughly vetted to make sure they don’t pose a danger to our country. But once vetted, immigrants today deserve the same freedom to maintain their cultural identities that millions and millions of immigrants have enjoyed here for hundreds of years. As the mayor of a city with such a rich immigrant history, Isgro’s demand for cultural homogeneity is simply unacceptable.

Lance Dutson, a principal of Red Hill Strategies, is a Republican communications consultant. He has served on the campaign teams of U.S. Sens. Susan Collins and Kelly Ayotte, as well as the Maine Republican Party.

Notes from a Corner of the Country

Notes from a Corner of the Country

He Said It Right

Vote by mail is a safe, convenient way to participate in July 14 election

Vote by mail is a safe, convenient way to participate in July 14 election

66 Days of Bombardment from the Propaganda Machine

66 Days of Bombardment from the Propaganda Machine